The Process of Dying 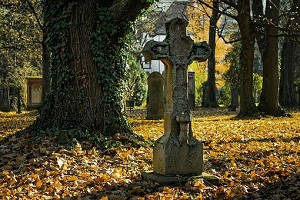 I grieved as I watched my father die a slow death.

We had no idea how long his death would take, but watching him lapse into unconsciousness on a Friday led to three more agonizing days of waiting for the Lord to take him home. Finally, his breathing slowed until it stopped.

Not so with Jesus. Cruelty and hate marked His death. One of His inner twelve betrayed Him. Those who had no interest in His innocence—but only proving themselves right—put Him on trial for His life. They brutally flogged Jesus and gave Him a crown of thorns designed to inflict agony. Then they nailed Him to a cross and left Him to die from tortured asphyxiation. Thieves on either side of Him scoffed Him. And if this wasn’t enough, a centurion speared His chest to guarantee His death.

This cruelty on display could have been viewed as the lowest point in human history. Instead, God turned what people planned for evil into the greatest opportunity for grace humanity has ever witnessed. While these actions terminated Jesus’ life, He pointed out that His death was a result of God’s complete control. Jesus’ willful surrender of His earthly life on our behalf reversed the downward spiral of human history. He had not committed one sin, even while being crucified.

Because of Jesus’ sacrificial death on the cross, my father died in peace, never wondering what would happen afterward. Dad had the hope he would see his merciful Father face-to-face. I have witnessed many deaths as a physician, and I have seen calm wash over faces time and again as they face the end. No believer in Jesus Christ need ever doubt their forgiveness or acceptance by God. Only God can transform something as dreadful as our death into a testimony of His grace toward us.

This news is too good to keep to yourself. Tell someone that death is only the beginning of new life.