Is Anyone Exempt from Falling?

Don't be so naive and self-confident. You're not exempt. You could fall flat on your face as easily as anyone else. Forget about self-confidence; it's useless. Cultivate God-confidence.  1 Corinthians 10:12 MSG 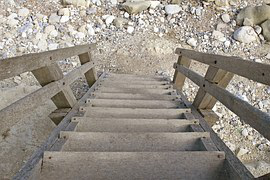 The news broke my heart and left me wondering if anyone was exempt.

They were the last couple I would have expected to go through a painful divorce. We attended the same church for years. They were both leaders and shining examples of committed Christians. They seemed to have the perfect little family. Other people admired and respected them.

But as they say, no one really knows what goes on behind closed doors. No one sees the strife, chaos, and secrets others hide so well. And no one truly knows the wounds and heartaches another person carries.

The Bible tells us that in the end times even the elect will be deceived. We already see it happening. Respected Christian leaders fall into gross sin. A family member suddenly turns her back and walks away from the faith. A man well known for his acts of kindness is arrested for molesting young boys. A mother turns to drugs and alcohol after a bitter divorce. These scenarios beg the question: Is anyone exempt?

Scripture tells us, You could fall flat on your face as easily as anyone else. It also tells us to stay connected to the vine and to walk in the light. We’re instructed to be alert, watchful, and vigilant because the enemy of our soul is on the prowl, looking for someone to devour.

Sounds hopeless and discouraging, but the good news is that God has given us power and authority over all the works, plots, and schemes of the enemy. He’s given us His own armor for protection and the Sword of the Spirit—the living, powerful, and unchangeable Word of God—to fight for what rightfully belongs to us.

King David was a man of integrity—a man after God’s own heart. Yet he blew it by committing adultery and murder. Abraham, the father of nations, was called a friend of God, yet slept with his wife’s maidservant and passed his wife off as his sister because he was afraid. Peter was called a “rock,” but when push came to shove, he cut off someone’s ear in anger, then denied the One he swore to love and follow unto death.

We’re all human. We all make mistakes. But no matter the circumstances, God’s arms are always open wide when we repent and run back to Him.

No matter how many mistakes you’ve made, He’s waiting for you.